Congratulation to Hailu and Pinchao! The following paper is accepted at IACM/IFIP Middleware 2020.

CSULB is a public university in Long Beach, California. The 322-acre campus is the third largest of the 23-school California State University system (CSU) and one of the largest universities in the state of California by enrollment, its student body numbering 37,776 for the Fall 2016 semester. The university continues to receive record numbers of applicants; for Fall 2018, it received 102,879 undergraduate applications—the most of any CSU campus. The school has a 28% acceptance rate. In 2017, 17,650 out of 63,048 applicants were admitted making Cal State Long Beach a highly competitive school to get into. As of Fall 2014, the school had 2,283 total faculty, with 36.7 percent of those faculty on the tenure track. With 5,286 graduate students, the university enrolls one of the largest graduate student populations across the CSU system and in the state of California. The university is located in the Los Altos neighborhood of Long Beach at the southeastern coastal tip of Los Angeles County, less than one mile from the border with Orange County. The university offers 82 different Bachelor’s degrees, 65 types of Master’s degrees, and four Doctoral degrees. 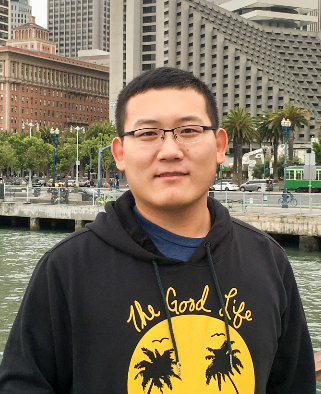 Congratulation to Pinchao! His following paper is accepted at IEEE IPDPS 2020. 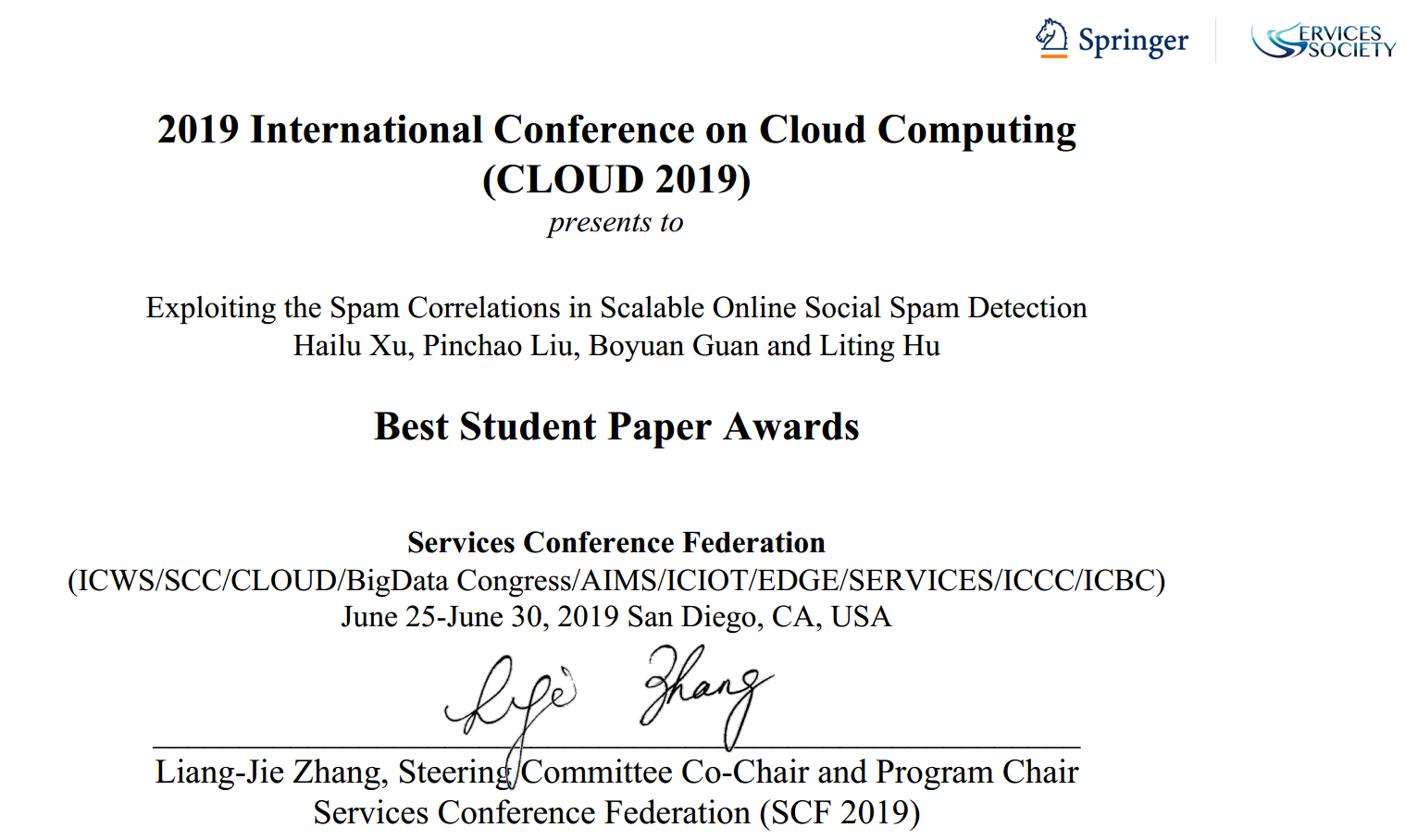 Digital Repository Systems have been used in most modern digital library platforms. Even so, Digital Repository Systems often suffer from problems such as low discoverability, poor usability, and high drop-off visit rates. With these problems, the majority of the content in the digital library platforms may not be exposed to end users, while at the same time, users are desperately looking for something which may not be returned from the platforms. The recommendation systems for digital libraries were proposed to solve these problems. However, most recommendation systems have been implemented by directly adopting one specific type of recommender like Collaborative-Filtering (CF), Content-Based Filtering (CBF), Stereotyping, or hybrid recommenders. As such, they are either (1) not able to accommodate the variation of the user groups, (2) require too much labor, or (3) require intensive computational complexity.

In this paper, we design and implement a new recommendation system framework for Digital Repository Systems, named dpSmart, which allows multiple recommenders to work collaboratively on the same platform. In the proposed system, a user-group based recommendation strategy is applied to accommodate the requirements from the different types of users. A user recognition model is built, which can avoid the intensive labor of the stereotyping recommender. We implement the system prototype as a sub-system of the FIU library site and evaluate it on January 2019 and February 2019. During this time, the Page Views have increased from 8,502 to 10,916 and 10,942 to 12,314 respectively, compared to 2018, demonstrating the effectiveness of our proposed system.

The presentation can be found here.

With the advancement of ever-growing online services, distributed Big Data storage i.e. Hadoop, Dryad gained much more attention than ever and the fundamental requirements like fault tolerance and data availability become the concern for these platforms. Data replication policies in Big Data applications are shifting towards dynamic approaches based on the popularity of files. Formulation of dynamic replication factor paved the way of solving the issues generated by existing data contention in hotspots and ensuring timely data availability. But from the empirical observations, it can be deduced that popularity of files is temporal rather than perpetual in nature and, after a certain period, content’s popularity ceases most of the time which introduces the I/O bottleneck of updating replication in the disk. To handle such temporal skewed popularity of contents, we propose a dynamic data replication toolset using the power of in-memory processing by integrating MemCached server into Hadoop for getting improved performance. We compare the proposed algorithm with the traditional infrastructure and vanilla memory algorithm, as the evidence from the experimental results, the proposed design performs better i.e throughput and execution period. 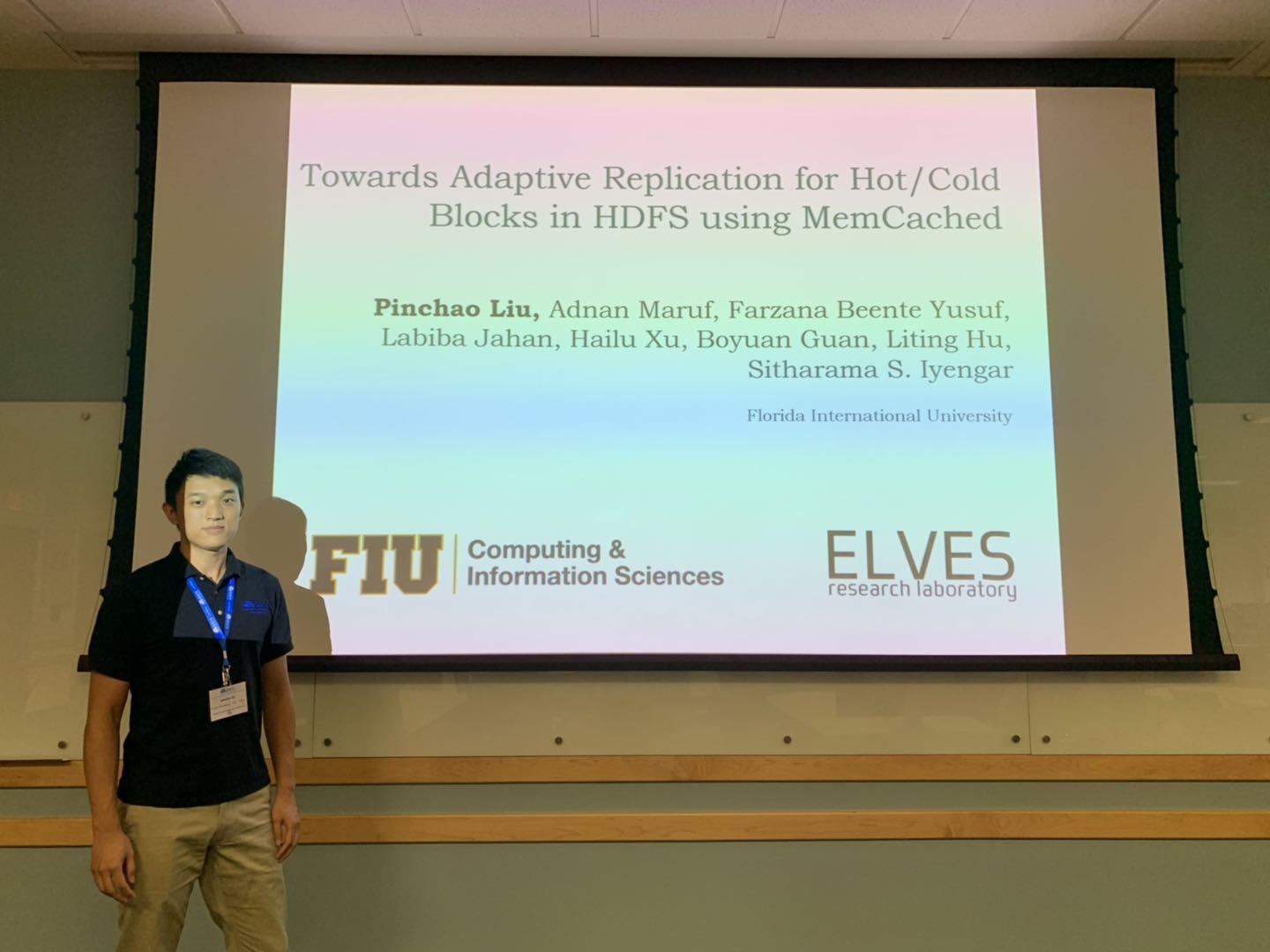 The huge amount of social spam from large-scale social net-works has been a common phenomenon in the contemporary world. The majority of former research focused on improving the efficiency of identifying social spam from a limited size of data in the algorithm side,however, few of them target on the data correlations among large-scaled is tributed social spam and utilize the benefits from the system side.In this paper, we propose a new scalable system, named SpamHunter,which can utilize the spam correlations from distributed data sources toenhance the performance of large-scale social spam detection. It identifies the correlated social spam from various distributed servers/sources through DHT-based hierarchical functional trees. These functional treesact as bridges among data servers/sources to aggregate, exchange, and communicate the updated and newly emerging social spam with each other. Furthermore, by processing the online social logs instantly, it al-lows online streaming data to be processed in a distributed manner,which reduces the online detection latency and avoids the inefficiency of outdated spam posts. Our experimental results with real-world social logs demonstrate that SpamHunter reaches 95% F1 score in the spam detection, achieves high efficiency in scaling to a large amount of data servers with low latency. 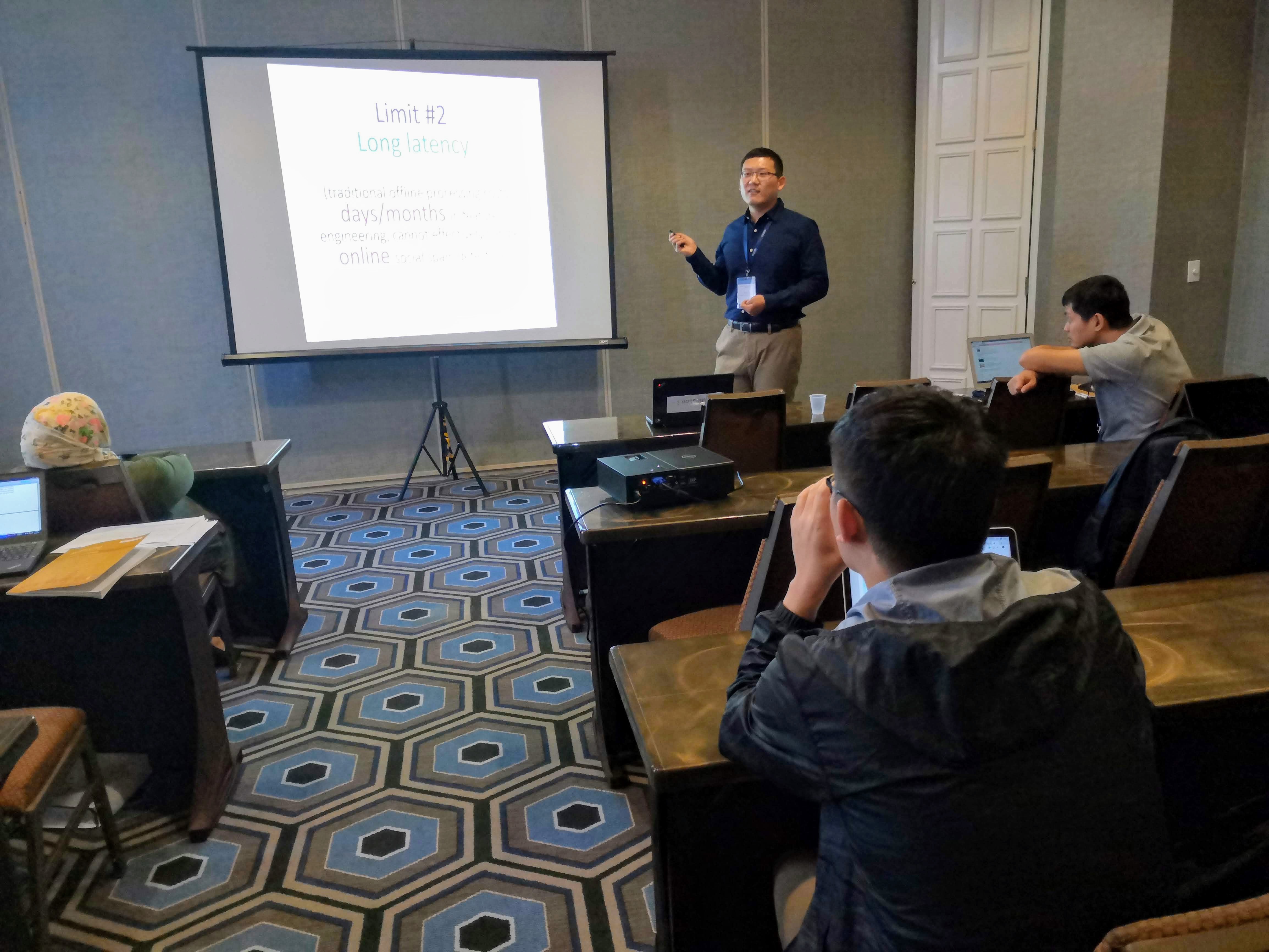 Congratulation to Boyuan! His following paper is accept at IEEE Big Data Congress 2019.

Congratulation to Hailu! His following paper is accept at CLOUD 2019.

Congratulation to Pinchao! His following paper is accept at IEEE ICDIS 2019.